385-227-8941 hill@nym.hush.com
Mental Health Issues and Medication Breakdown
**Disclaimer: The information on this page is informational only. It does not constitute medical recommendations. Before using any medication, consult with your medical provider.**

Below I will cover some common mental health issues, and discuss the medication used for each of them. Finally, I cover some discontinuation information.

Depression
Depression is the most common mental health condition in the United States. A persistent negative mood disorder, depression includes feelings of sadness and loss of interest. More than just feeling low, depression is an emotional down that you just can't "snap out of."

Clinical depression may require long-term psychotherapy, medication, or both. Symptoms can start with a trigger event, but neurochemical changes in the brain can cause symptoms to persist even when the trigger is gone. 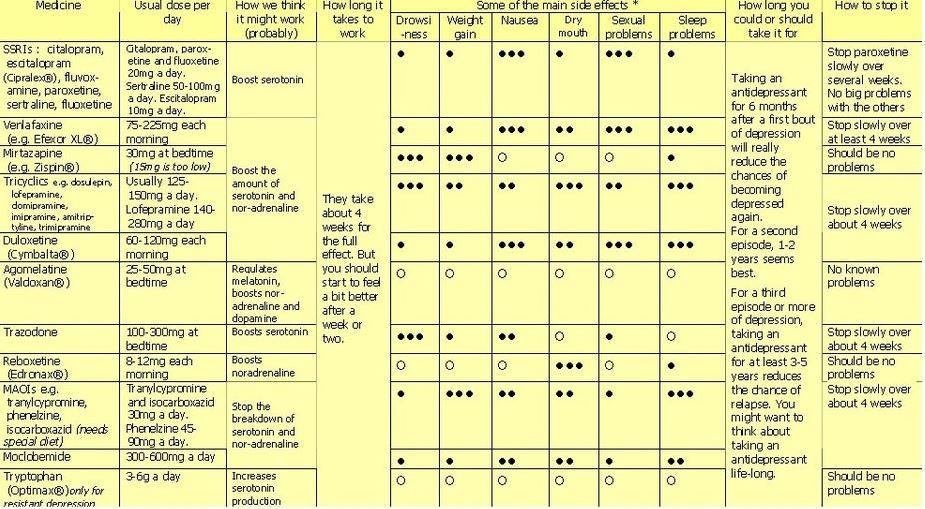 Anxiety disorders are linked to recurring intrusive thoughts or concerns. People with anxiety disorder may avoid situations out of worry, or may report physical symptoms of stress for no apparent reason such as sweating, trembling, dizziness or a rapid heartbeat. 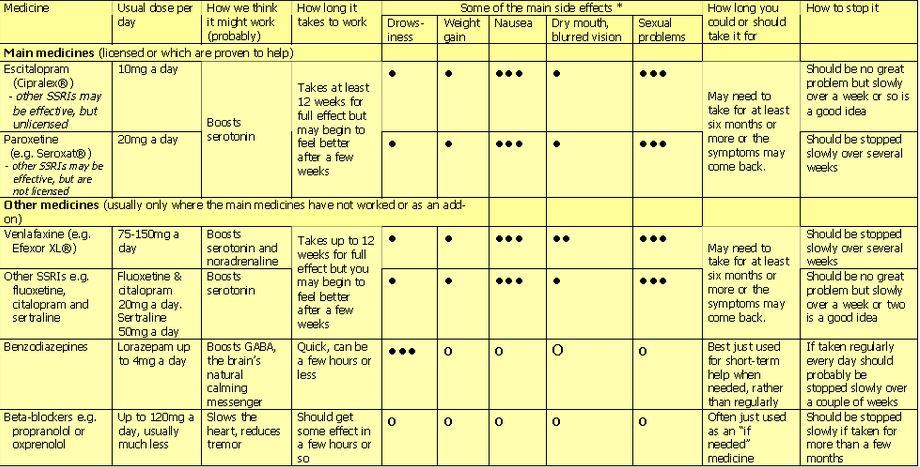 Signs and symptoms of ADHD:
Medications for for ADHD
​


Schizophrenia
A chronic mental disorder where a breakdown between thought, emotion, and behavior is observed. Faulty perception such as paranoia, inappropriate actions and feelings (such as incessant talking to no one), withdrawal from reality away from personal relationships is common. A person might be engulfed in a fantasy or delusion. In severe cases, mental fragmentation can occur.


Alzheimer's Disease (AD) or Dementia
Alzheimer's disease is a type of dementia. Dementia is diminishing cognitive function and the progress of cognitive decline is more drastic/precipitous than what one might expect in normal aging. There can also be other features of dementia including personality changes, substantial forgetting (not remembering the name of a spouse or child) abstract reasoning deficit (not understanding there is a glass window separating the inside of a house and the outside because the window is transparent).

Post-Traumatic Stress Disorder (PTSD)
PTSD is a mental health disorder that some people develop after experiencing or witnessing a life-threatening event, like combat, a natural disaster, a car accident, or a sexual assault.

Although it's normal should this occur to experience upsetting memories, feel on edge, or have trouble sleeping, most people feel better after a few weeks or less than a month. If it's been longer than a month that such symptoms persist, this may be PTSD. For some people, PTSD symptoms may start later on, or they may come and go over time.

Insomnia
Insomnia is difficulty falling asleep or staying asleep or feeling dissatisfied with sleep. The consequences of insomnia are:


Specific types of insomnia:
Acute states (something keeps you up) or chronic states (can't fall asleep over long periods of time). Chronic states might be due to shift work for example (waking up, but then can't return to sleep). Insomnia is linked to depression, anxiety, schizophrenia, PTSD and other psychiatric disorders.

This syndrome is mile and reversible physical symptoms including:
It can appear when approximately 90% of the drug is out of the system.

Discontinuation symptoms could also include anxiety and depression. Since these may be the reason a person was prescribed medication in the first place, their reappearance may suggest a relapse and the need for ongoing medication treatment.

How to distinguish temporary discontinuation symptoms from relapse are as follows.

Take your time and stay on the medication for six to nine months before considering going off it.

Make a plan and reduce the dosage in increments.

Consider therapy. People who undergo psychotherapy while discontinuing are less likely to have a relapse.

This is something that can come up with patients using medication, specifically with SSRIs. The term "Prozac poop-out" is used because a relapse of depression symptoms rebound. This in turn leads a medication user to feeling fatigued or "pooped-out" because the medication has ceased being effective.

According to verywell, other SSRI's involved with Prozac poop-out are:


It is important to note that taking anti-depressants isn't necessarily a fix-all remedy to your symptoms. In fact, WebMD further explains the ups and downs of depression. Take a quick read if you are interested to learn more about the ups and downs involved with depression and medication use.

The best thing to do is talk to your provider, doctor, or therapist regarding your questions and concerns.

You can read up on the links that have been provided, but the best practice is to get professional insight into using and discontinuing medication, especially if something doesn't feel quite right during medication use - whether they are side effects that are uncomfortable, or something like Prozac poop-out.
Information on Providers
**Disclaimer: The information on this page is informational only. It does not constitute medical recommendations. Before using any medication, consult with your medical provider.**
Information last updated on: 7-24-17

Book an appointment or check availability: